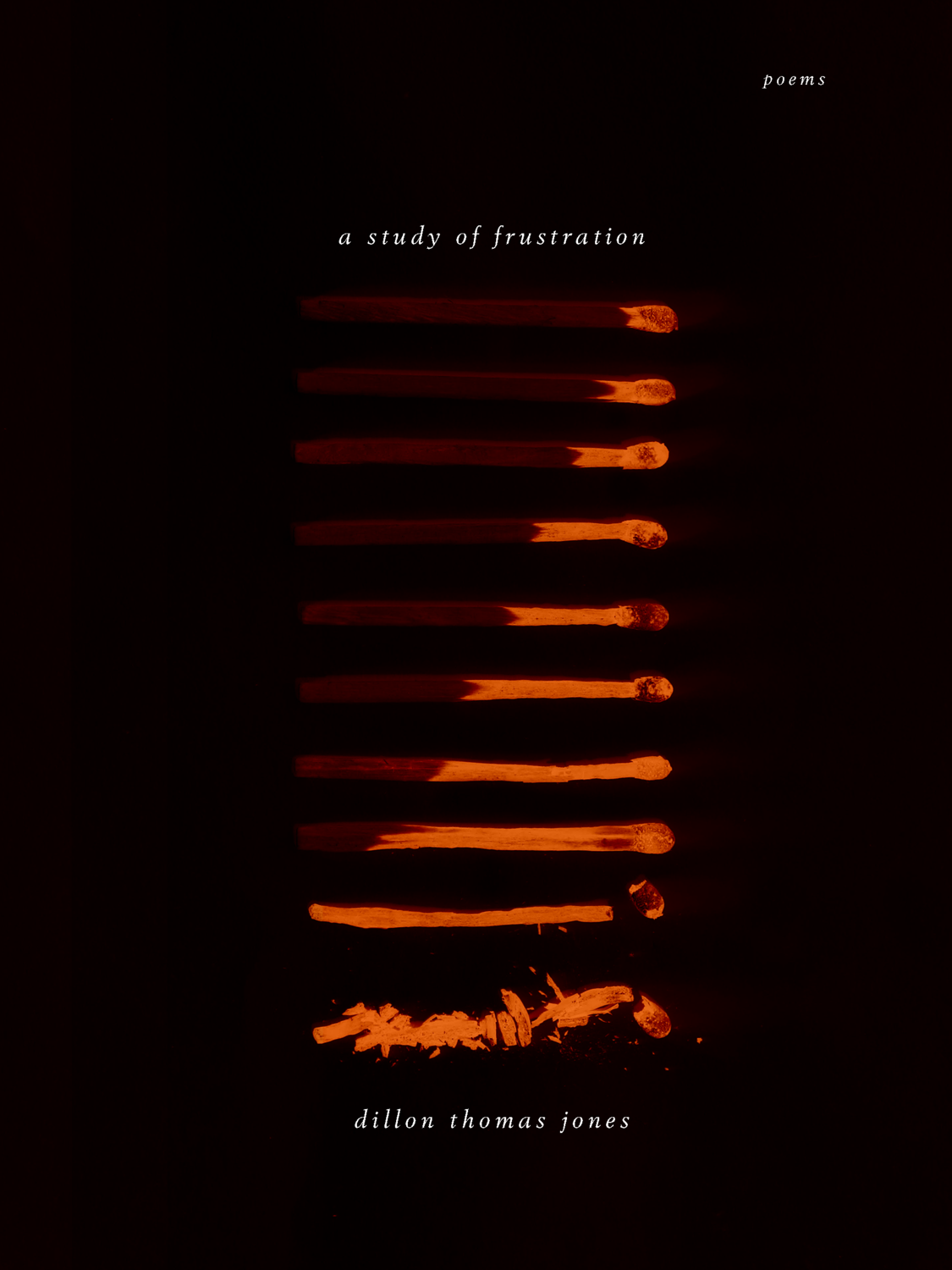 a study of frustration: poems

Dillon Thomas Jones is a writer living in Pittsburgh, PA. He holds a BA in English (Creative Writing) from the University of Nebraska-Lincoln and is an MFA in Creative Writing candidate at the University of Pittsburgh. He writes poetry, fiction, and cultural criticism about television, film, and books. He is currently at work on a memoir about growing up the adopted and black only son of a white single mother in Omaha, NE.

“The poems in a study of frustration show their teeth when critiquing race and masculinity in Middle America. A book centering itself around the juxtaposition of being the adopted Black only son of a white mother, it breathtakingly captures a short lifetime of painful and violent curiosities. Clocking in at nearly a century of pages, these poems grab us, put light into our mouths, and throw us to the wolves. Dillon Thomas Jones is a poet we should be reading for years to come, and this debut of his is a stunning, heartbreaking, and grounded triumph.”

“These poems whistle in the dark margins of memory as they heroically examine the mechanics of abuse and existence. Articulated with an immediate and palpable urgency, this collection gets under your skin. In this “study of frustration,” the poet evokes the twin hauntings of retrieval and loss, chronicling these hauntings through the discipline of the poem. This is poetry as alchemy: blending language, pouring form, manifesting the smoke of images, an elixir to re/claim inheritance. While the inquisitiveness that grounds the work may fuel the precarious rage for survival, it ultimately propels the reader toward illumination and connection. If a book could be a torch or a flashlight, then it is the one you hold in your hand.”