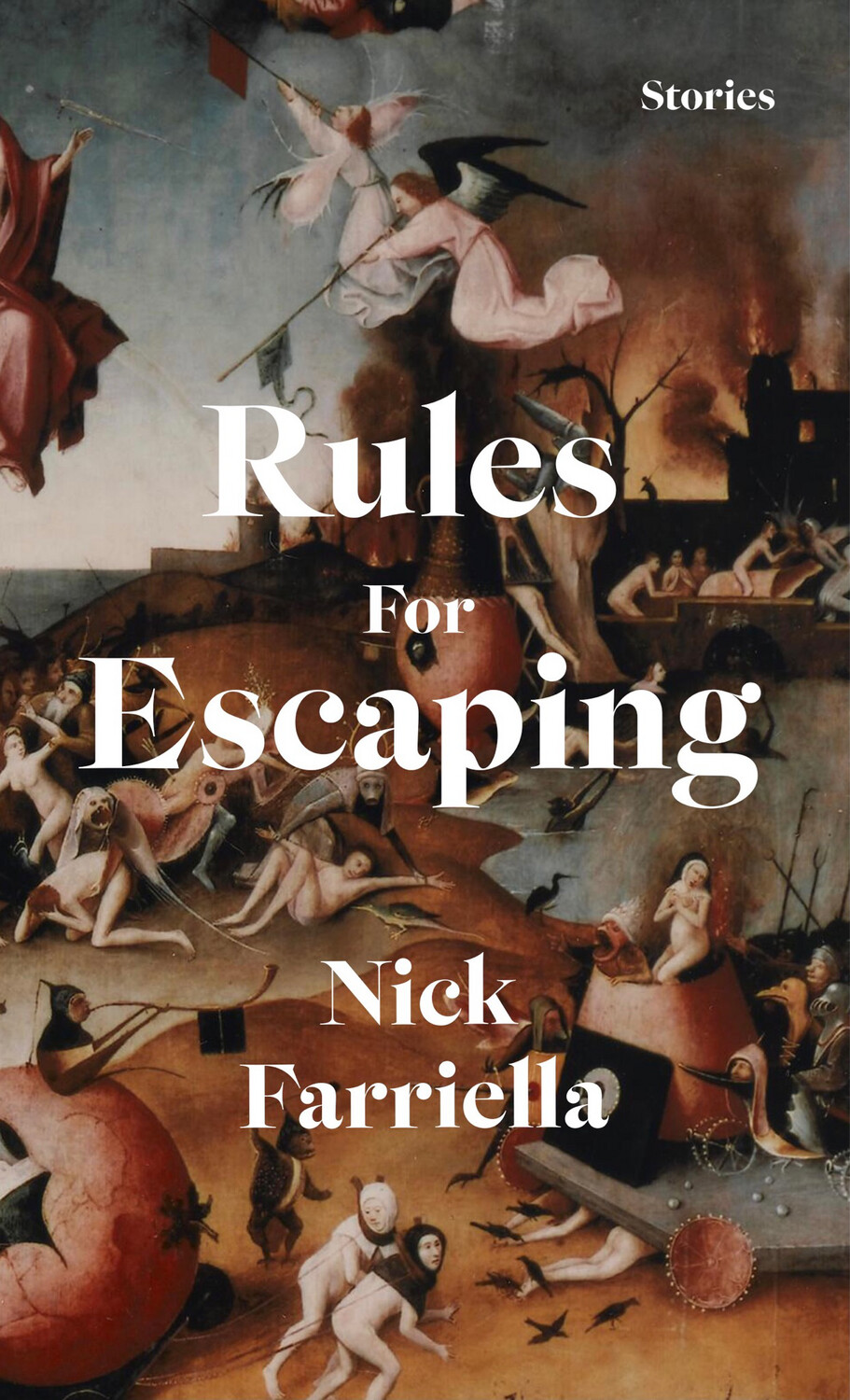 In the stories of Rules for Escaping, each of the characters have undergone or are in the midst of trauma/suffering, and are in one way or another looking for an escape. From subtle traumas such as bad father facing punishment; a hike in a barren wasteland followed by an existential breakdown in an emergency room; a man who thinks he sees himself on a billboard wanted for murder. To more deeper traumas such as a young man dealing with guilt and regret after his uncle’s suicide; a theoretical physicist who believes she is on the cusp of a breakthrough and meets a depressed man who has taken up driving with his eyes closed for fun; a Colombian immigrant and charity care officer who, amidst reoccurring panic attacks, finds comfort in pressing her panic button in hopes to be saved; a young man who in therapy discovers his trauma may have been a fake memory implanted by a hypnotherapist; and for the title story, a man who awakes every morning in an Escape the Room of his own design, showing the ways in which people with mental illness have to go through difficult routine daily tasks to function.

Throughout the collection are interwoven themes of identity, race, grief, depression, anxiety, suicide, and obsession, mixed in with humor, satire, surrealism, and Postmodern twists on format.

“An exceptional compilation of sharp fiction…a focus on trauma and its effects…a small but strong dose of absurdity and humor alongside insights into the world of grief…the author shows no fear when delving into darker emotions…an excellent showcase for his shrewd and deft talent.” —Kirkus Reviews

"In these beautiful and surprising stories, characters desperately seek human connection through the many barriers presented by technology, memory, relationships past and present, and possibly most difficult to get through, their own buried desires and history. Nick Farriella’s Rules for Escaping is a series of impossible escape rooms where sometimes the characters discover their past selves have written the clues. These are powerful, cleverly constructed modern stories and this collection marks the arrival of a wise and assured writer." –– Dave Housley, author of The Other Ones

Nick Farriella is a writer from New Jersey. His work has appeared in McSweeney's, Joyland, Hobart, New World Writing, Barrelhouse, X-R-A-Y, and elsewhere. He is also the founding editor of The Review of Uncontemporary Fiction. He currently lives in Montclair, New Jersey. Rules for Escaping is his first book.

Save this product for later
Display prices in: USD
bottom of page